Inefficiency of markets with negative prices?

In this post, I briefly describe the event of negative prices market which occured on the NYMEX WTI crude oil May contract

On April 15, 2020, the CME clearing released an advisory notice mentioning the possibility of negative prices in some NYMEX energy contracts. They indicate that their environment and message format are ready to handle such situation, see the CME advisory notice. On April 20, 2020, at the end of the trading day and one day before the contract expires, the May futures contract written on WTI crude oil and traded on NYMEX reached the negative territory for the first time and even dropped to -40.32 USD / barrel.

Once the event began it took me about two hours to write a recording algorithm which connected to the NYMEX and started to record all the trading messages (I missed the beginning of the journey in this southern territory). The 12 hours of recording still represents over five million observations with the full book records of levels and quantities, as well as all buyer and seller initiated orders. The time stamps have a hundred nanoseconds granularity (one ten-millionth a second and corresponds to the time elapsed since midnight of January 1, 2001). For complete accuracy, you should add about 54 milliseconds, the average half-ping that I get from my University server to Aurora, Illinois. where the exchange server is located. The first column of the dataset is the time-stamp, the two next columns are the best ask and bid levels, the two next are the best ask and bid quantities and the two last are the cumulative buyer and seller initiated orders. The raw dataset also includes the matching order book data for the June and July contracts. I clean them out and only keep each observations that represents a change in the top of the book of the May contract. 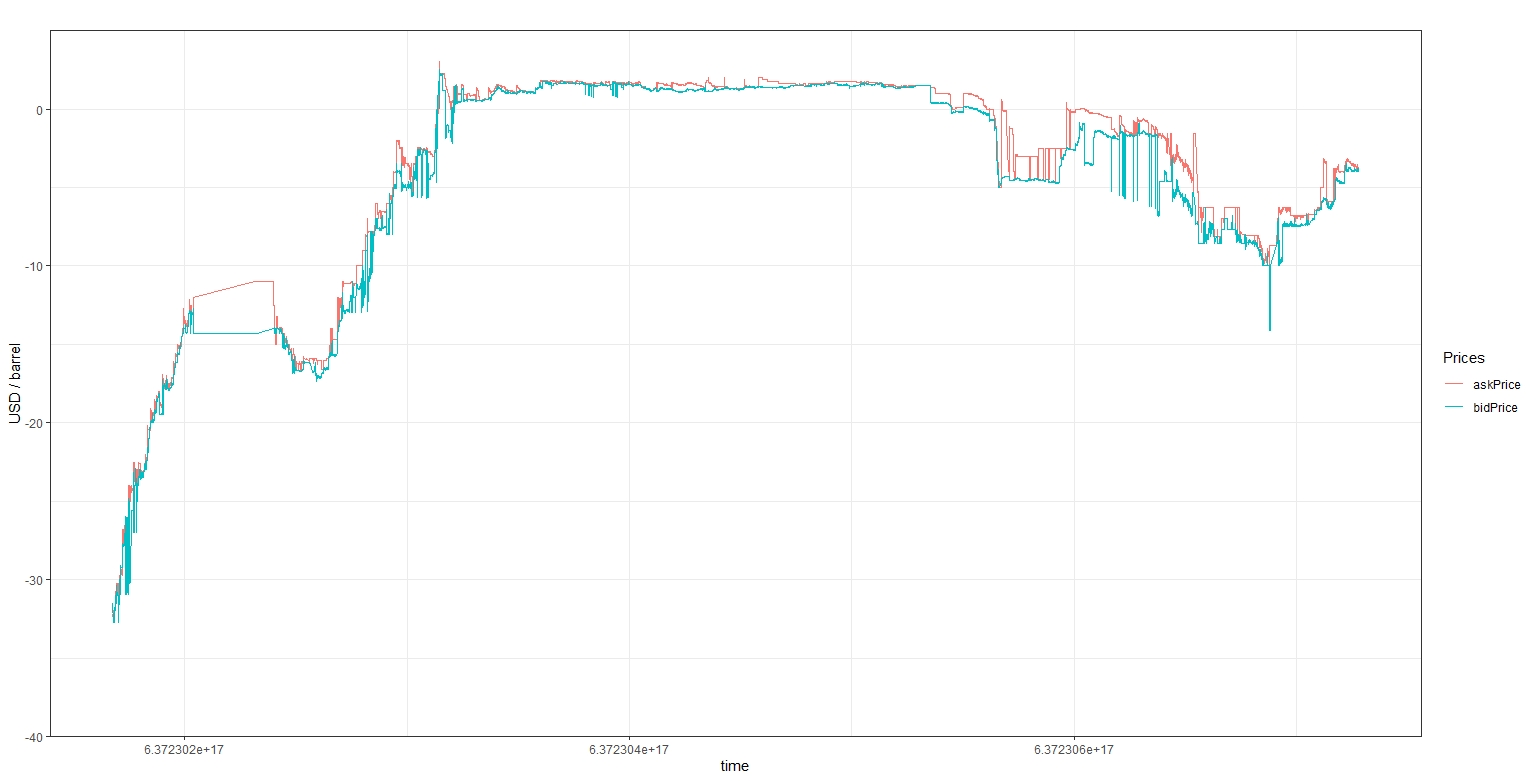 A focus on the beginning of the event

Zooming on the plot, it appears that at the beginning of the recorded dataset some bid and ask quoted prices experienced an inversion. It is possible that the matching algorithm (or the data sent over by the exchange) did not really handle the negative prices. In the plot below I represent the absolute bid-ask spread (in USD / barrel). Note that there is a long period when I received no quotes (again, it does not mean the exchange stopped). 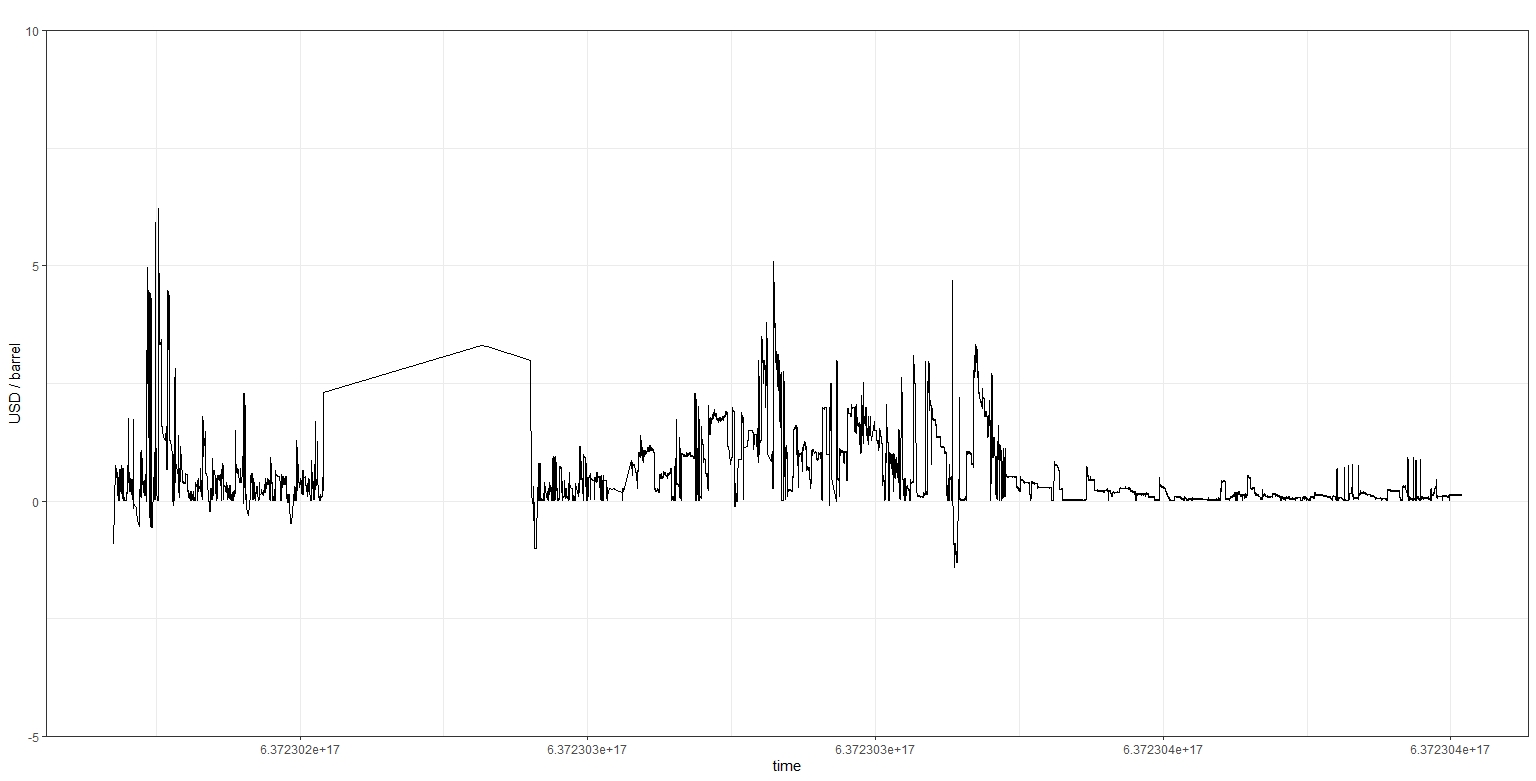 How long did these events last, and how much risk-free profit there was left?

Running the code below provides both en estimate of the average opportunity time, an important aspect if, like me, you attempt to trade with a > 100 ms ping and how much cumulative profit and loss these inverted bid-ask spread could generate. Interestingly, when I compute the average inverted bid-ask spread I obtain an average time of 24.5 seconds (more than enough to arbitrage the market). However, I find that no trades occured during these conditions. My guess is that the matching engine turned off which explains why the bids and asks crossed! 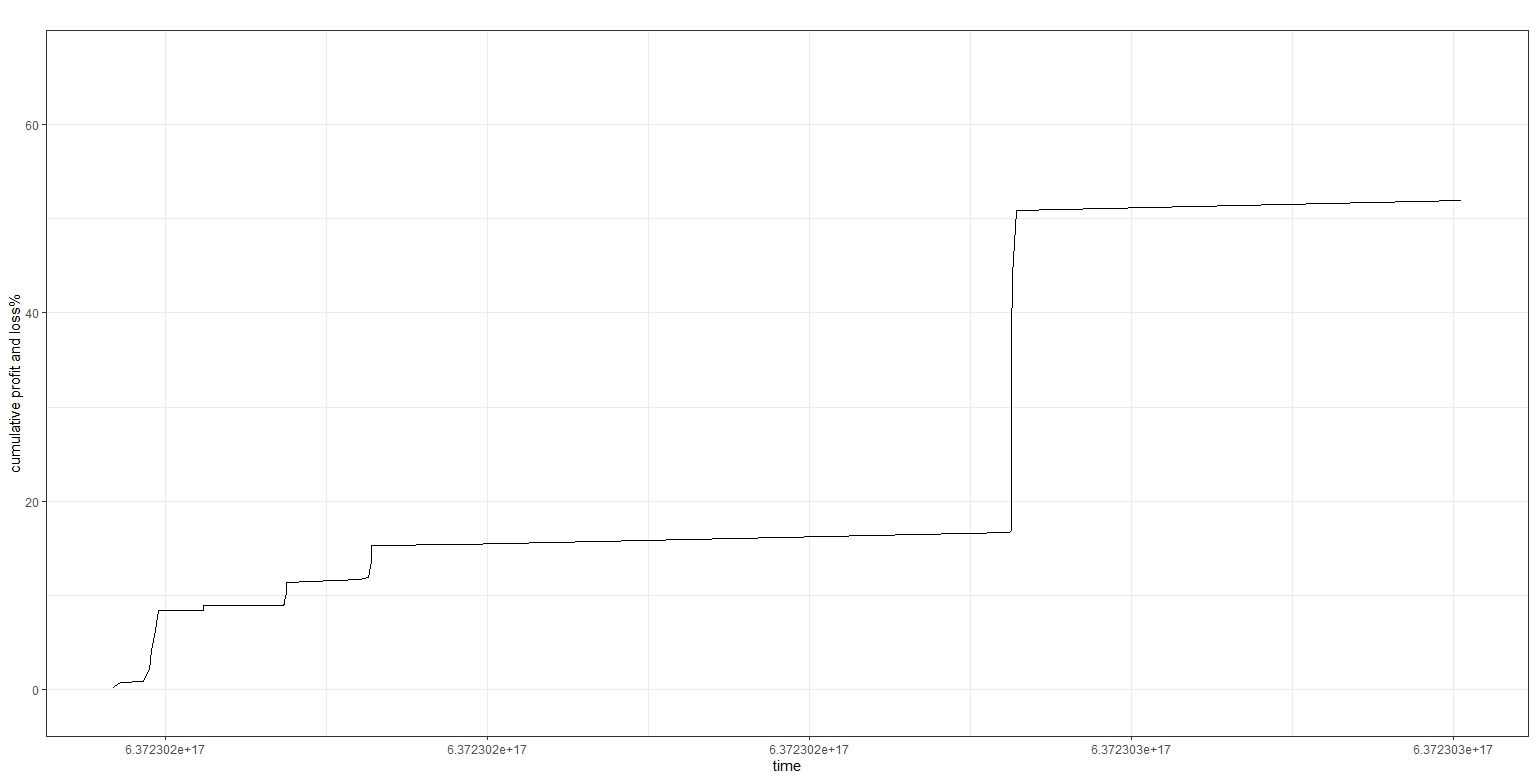 Fig 3. Profit and loss potential of the May WTI crude oil April 20 2020 session.